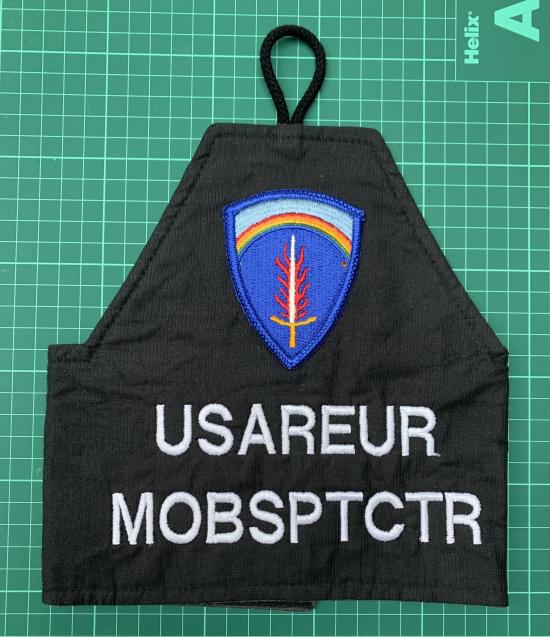 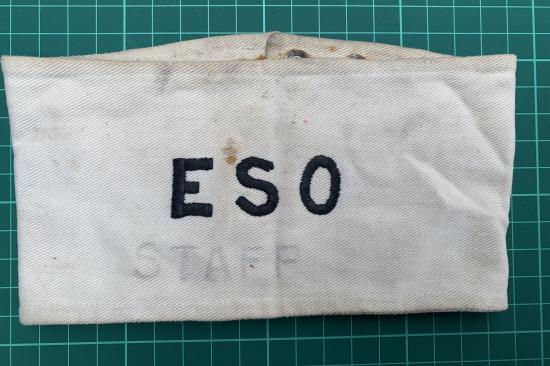 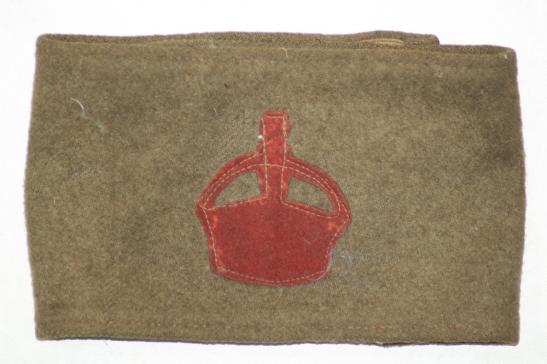 WW1 Lord Derby Scheme Armband, missing one button to rear, little moth on edge, inside ruminants of Issued Under The Authority Of The Army Council Stamp, and a letter J stamp
A khaki armband bearing the Royal Crown was to be provided to all who had enlisted or who had been rejected, as well as to starred and discharged men (but they were no longer issued or worn once compulsion was intro... read more 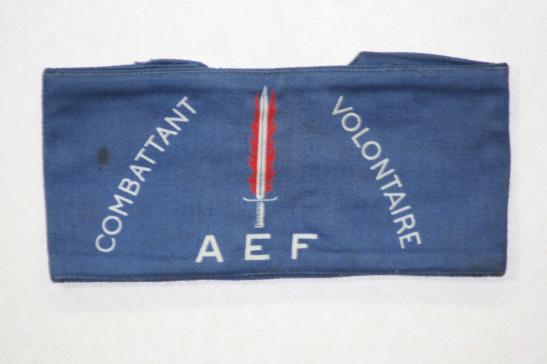 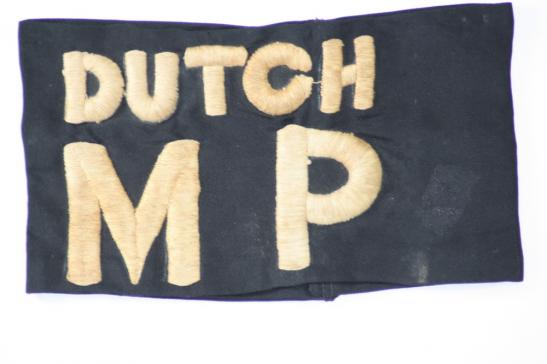 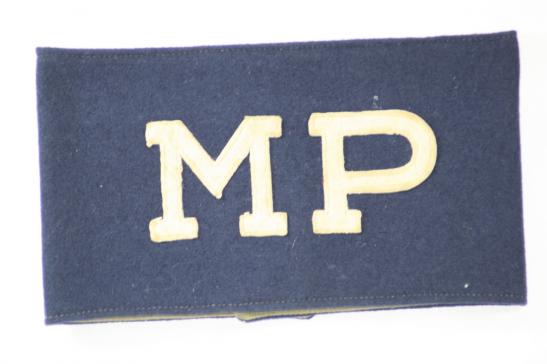 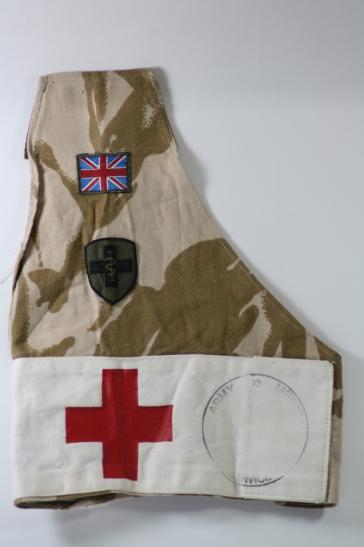 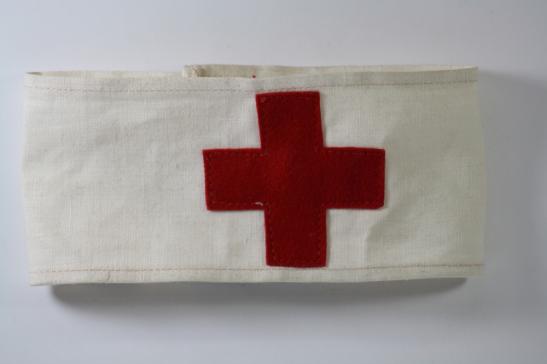 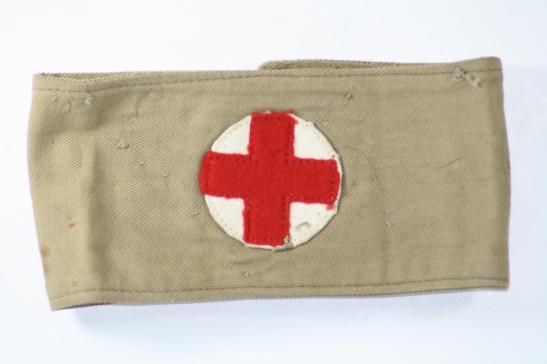 WW2 Geneva Red Cross Armband Brassard. This is a variation on the red on white one armband, the red cross is on a circular white disc on Khaki drab armband button fastening with 3 adjustments, Nice circular Stamp on armband Army Medical Service read more 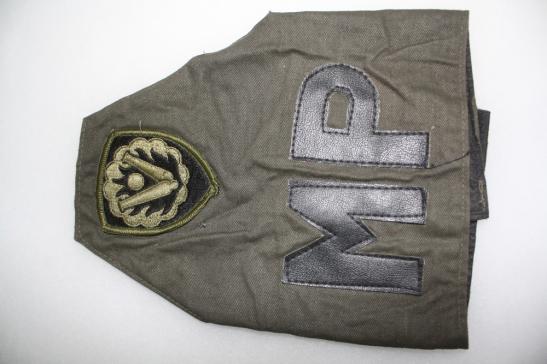 The 59th Ordnance Brigade is a military unit of the United States Army. The unit is currently stood up as the U.S. Army Ordnance School's training brigade. In its previous iteration, the brigade had more than 6,500 soldiers. It was responsible for delivering, mainta... read more